In June 2020, Liz receives prestigious Award from the Women’s Federation 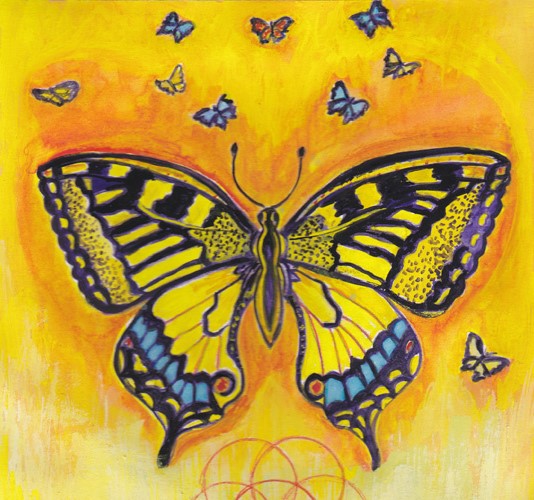 Click here to see an illustrated 29-page PDF from Liz in response. 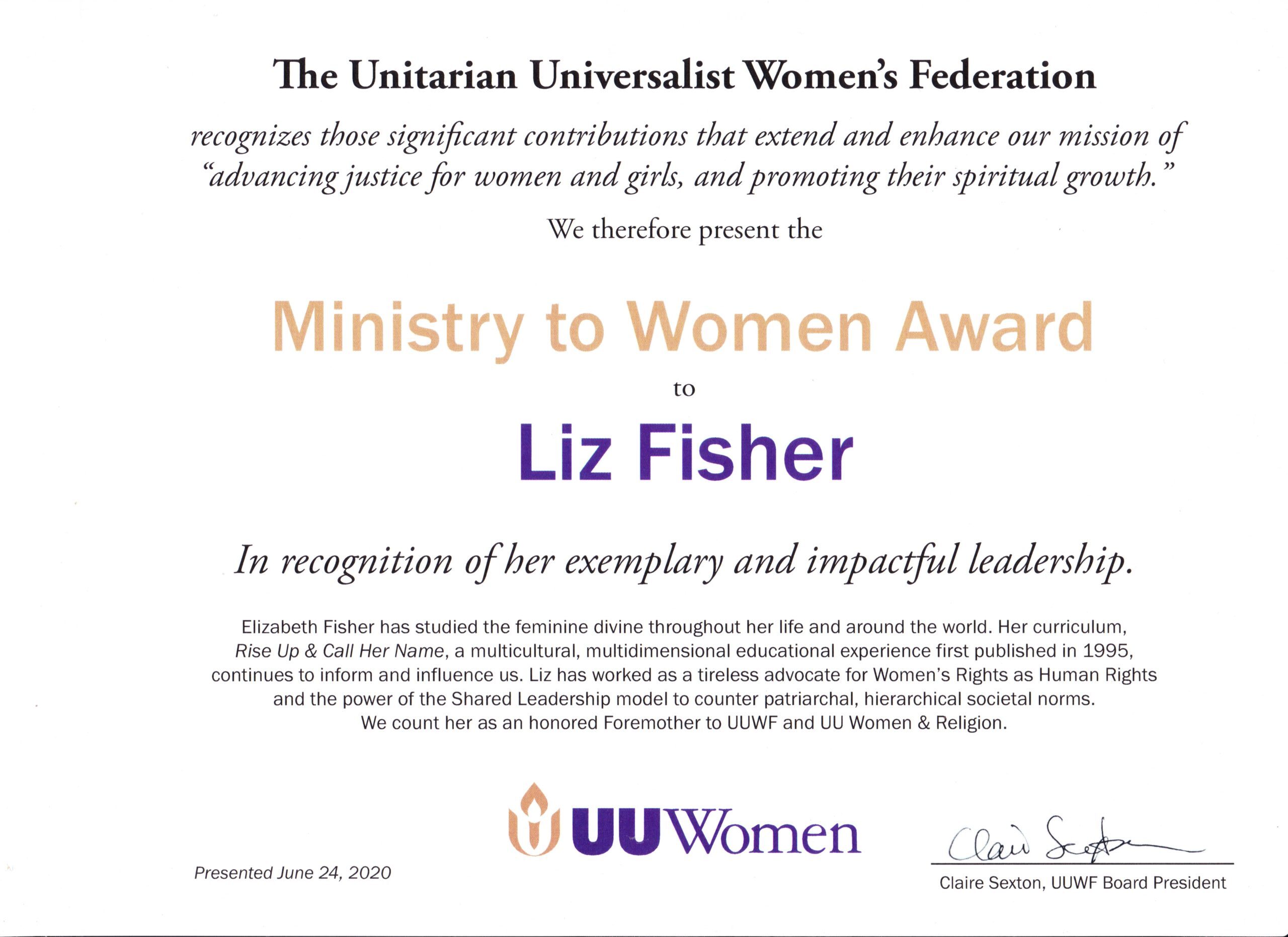 “Elizabeth Fisher has studied the feminine divine throughout her life and around the world. Her curriculum, Rise Up & Call Her Name, a multicultural, multidimensional educational experience first published in 1995, continues to inform and influence us. Liz has worked as a tireless advocate for Women’s Rights as Human Rights and the power of the Shared Leadership model to counter patriarchal, hierarchical societal norms. We count her as an honored Foremother to UUWF and UU Women & Religion.”

Following are other awards given to Liz for her contributions and achievements and participation in various organizations.

CUUPS, 1993 for Rise Up and its impact on the understanding of contemporary paganism: 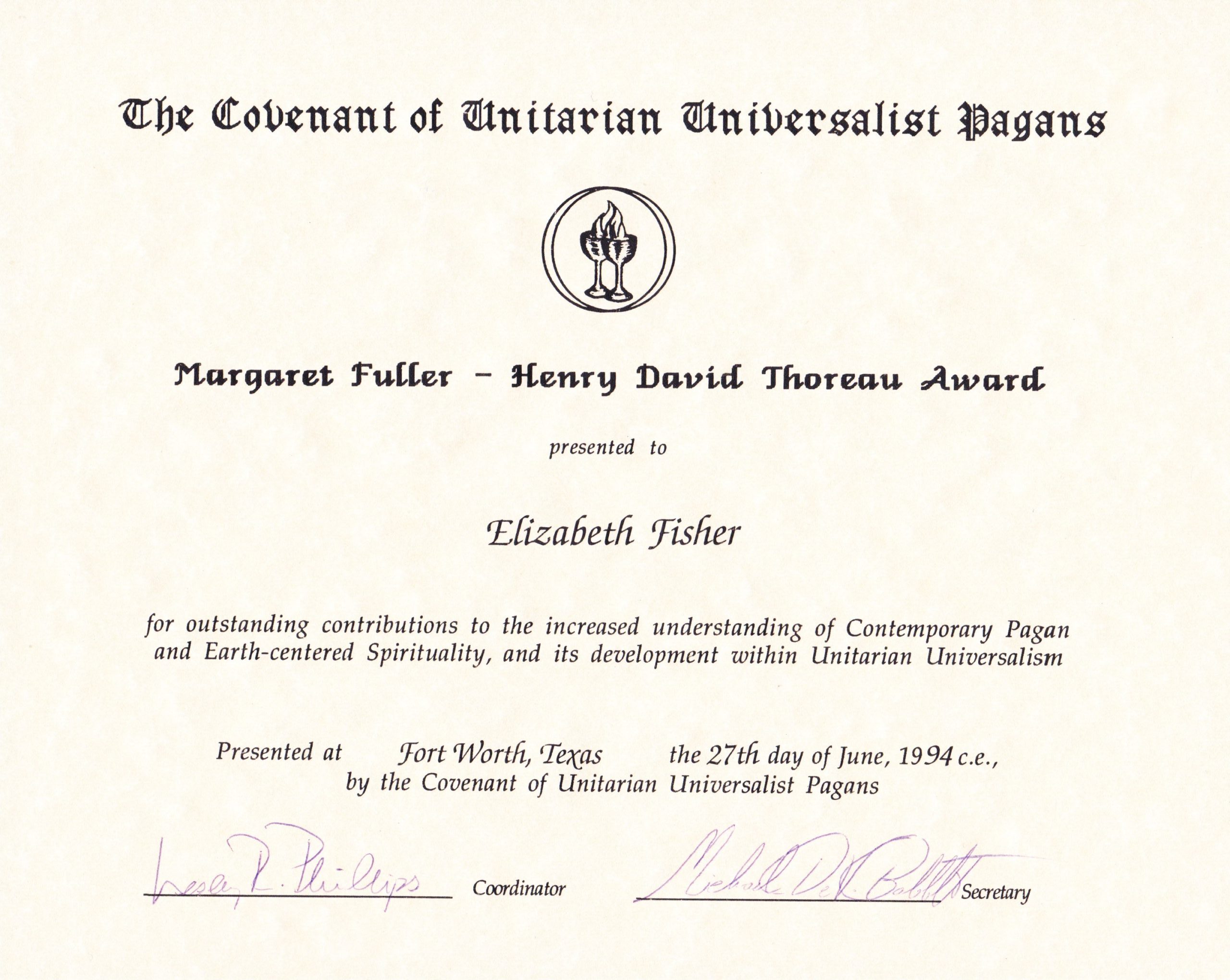 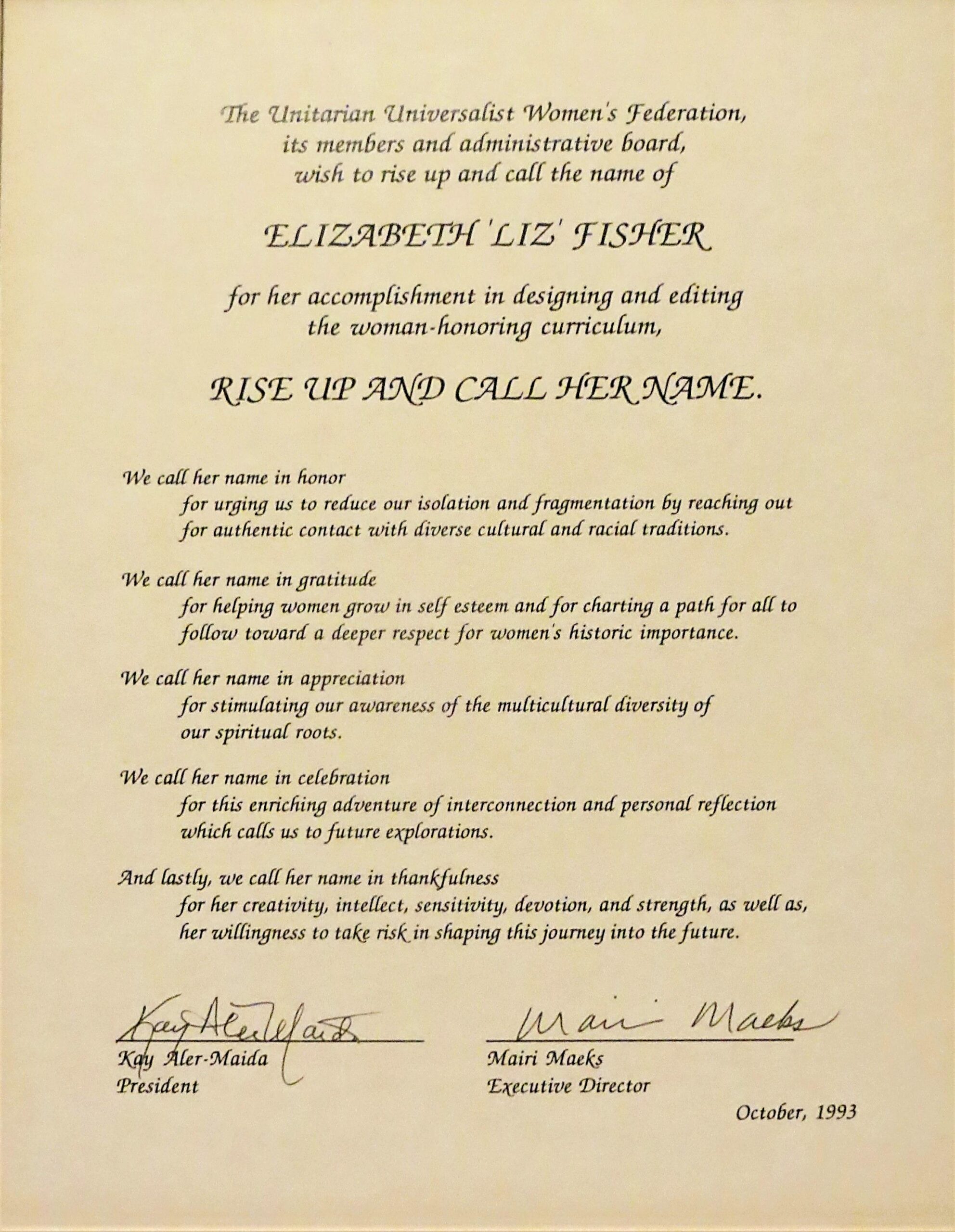 In 1993, From the Women and Religion Task Force for being a Favorite Feisty Feminist for innovative leadership 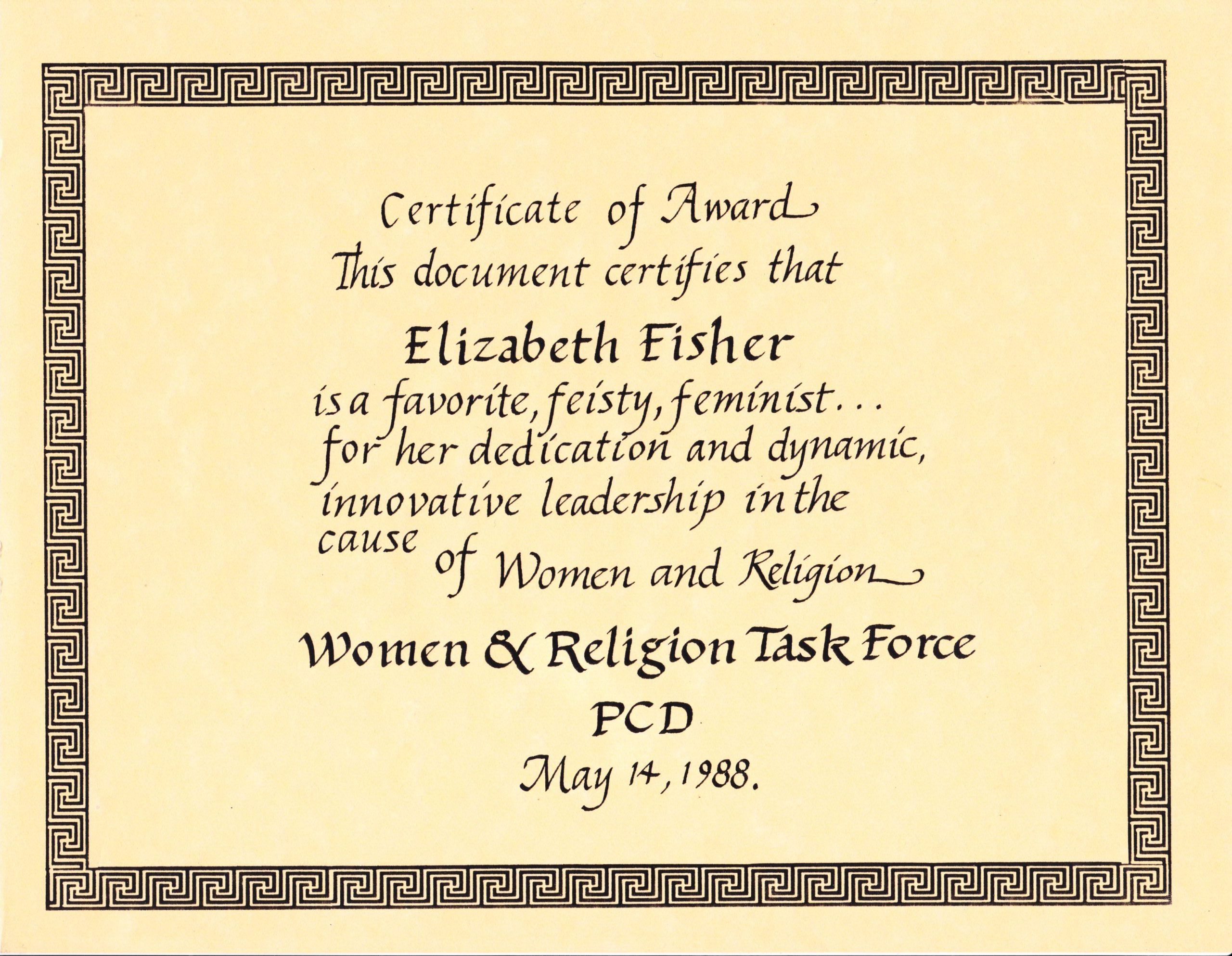 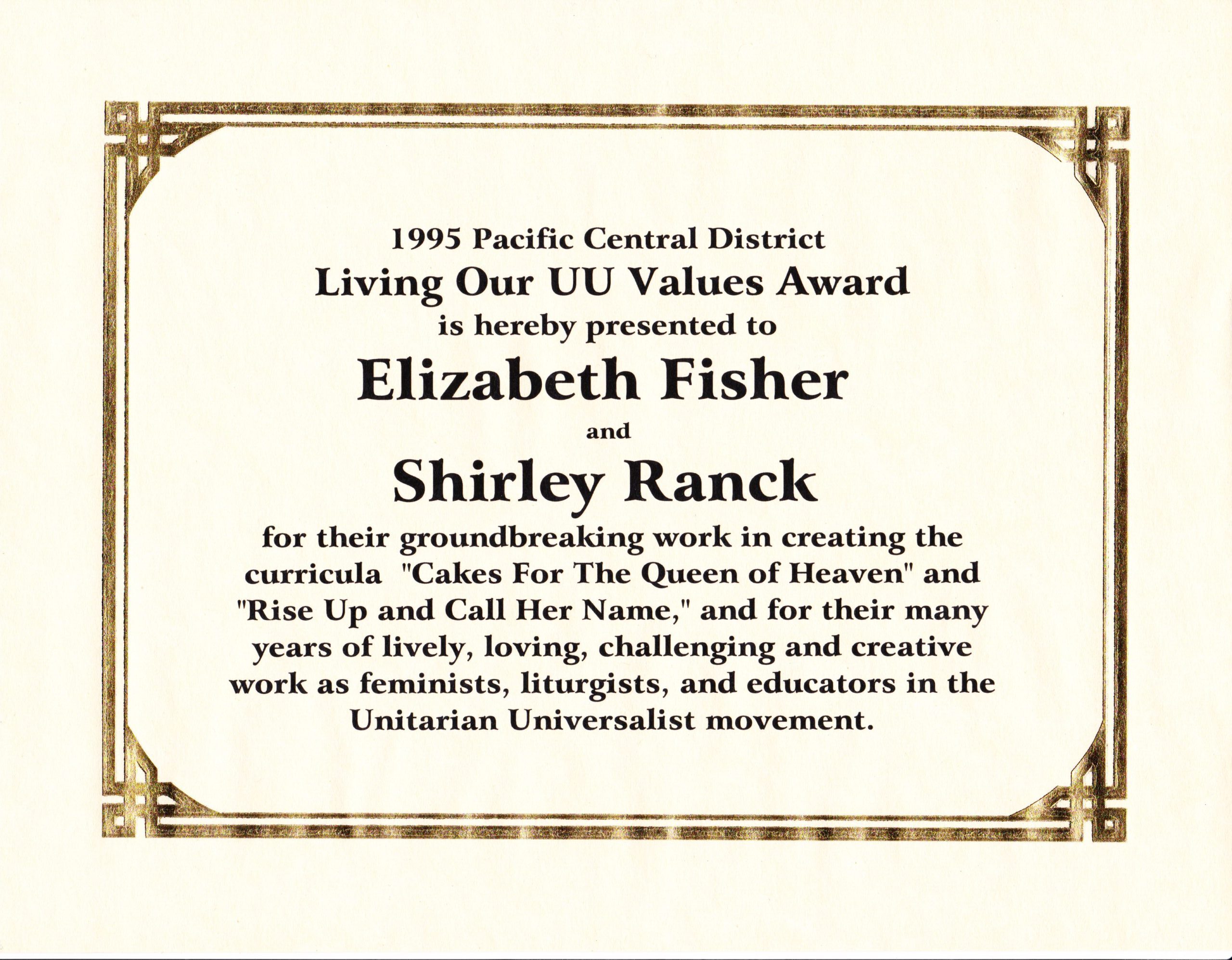 In 1988 completion of a course in Publishing that taught all of the facets of modern publishing. 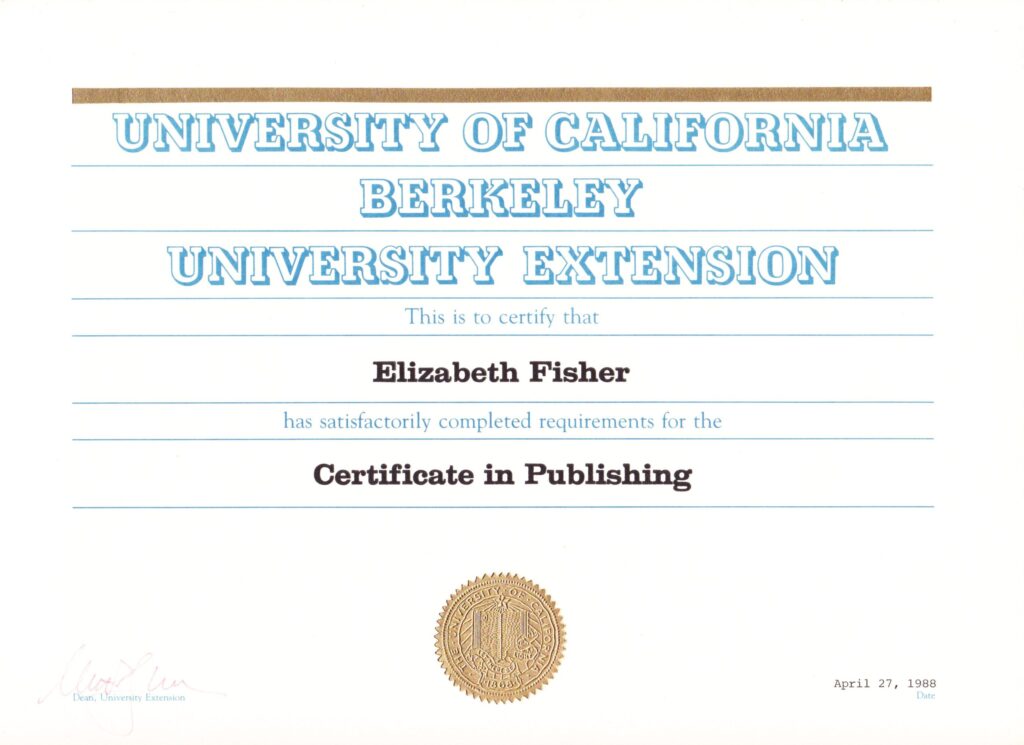 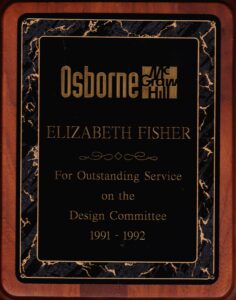