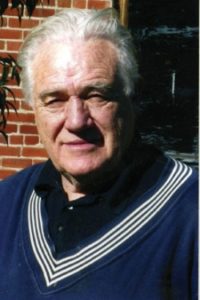 His landmark, an onion-shaped sanctuary in the San Fernando Valley, was the site of one of the Merry Pranksters’ famous ‘Acid Test’ gatherings in the 1960s.

The Rev. Paul Sawyer, a Unitarian Universalist minister and peace and social justice activist whose landmark, onion-shaped former sanctuary in the San Fernando Valley was the site of one of the Merry Pranksters’ famous “Acid Test” gatherings in the 1960s, has died. He was 75.

Sawyer, who most recently was minister of Throop Unitarian Universalist Church in Pasadena, died June 23 at his home in Pasadena after a four-month battle with pancreatic cancer, said his wife, Susan.

An inspiring and persuasive speaker with a deep, resonant voice, Sawyer was known as a passionate advocate for social justice who believed that one’s values weren’t worth anything unless one was prepared to go to jail for them.

Over the last five decades, he was a leader in scores of nonviolent civil actions against war, nuclear power and the death penalty. In the process, he frequently was arrested. “I stopped counting at 60,” his wife said.

UNTOLD STORY: A Short Narrative History Of Our Time By Paul Winslow Sawyer

Paul completed this book just months before he died, though he had been working on it for years. It is an insightful and colorful personal memoir and political analysis of the times from his birth, July 27, 1934 to his death June 23, 2010.  Available from booksellers on the internet. Google title.  A great read. Like having a conversation with an eye witness.