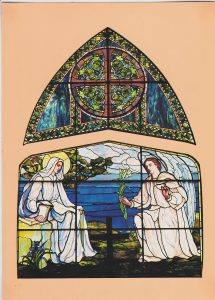 Thealogy is a term coined by religious scholar Naomi Goldenberg from thea, the Greek word for goddess. Since these articles deal with religious traditions and philosophical outlooks that include female deities, often focusing on them, this category’s title, Thealogical Musings, uses the feminine root. (In Greek, theos is the word for a masculine god and from that root comes theology, meaning “the study of the nature of God, and of man’s relationship to God.”)

Remembering Her: Why “Rise Up and Call Her Name?” (PDF)
Connections Magazine, Spring 2000, Volume 8, Number 1